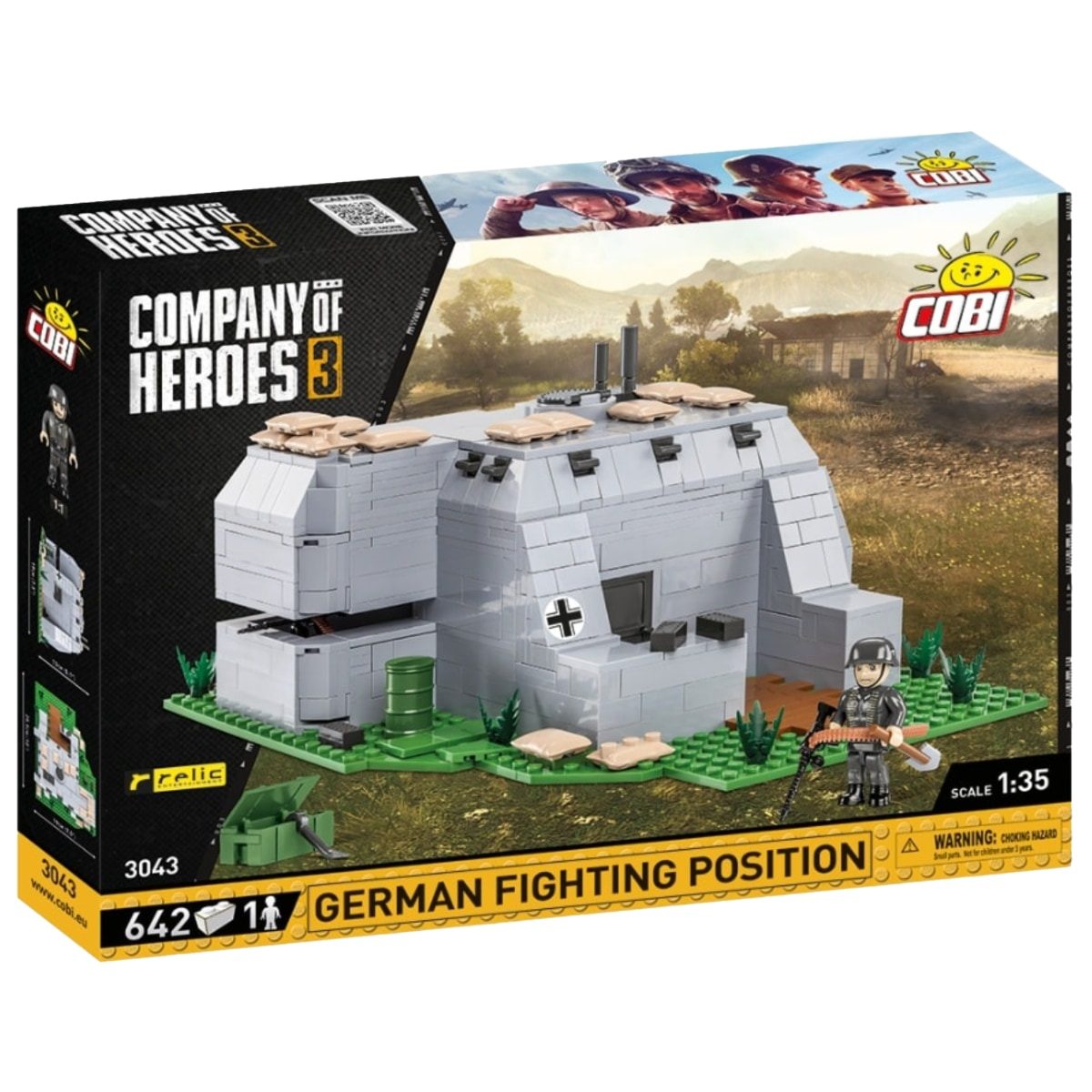 The COBI COH3 German Fighting Position (3043) is a high quality, made in Europe, brick set that is fully compatible with LEGO. COBI Company of Heroes 3 Sets are officially licensed by Relic Entertainment! the COBI Fighting position features a playable opening roof and detailed interior.

The COBI COH3 German Fighting Position (3043) is a high quality, made in Europe, brick set that is fully compatible with LEGO. The COBI German Bunker features a unique assortment of parts and easy to read detailed instructions in english.

COBI Company of Heroes 3 Sets are officially licensed by Relic Entertainment! the COBI Fighting position features a playable opening roof and detailed interior. Your biggest challenge will be keeping your friend’s booger fingers off of it and listening to them apologize for messing it up as it sits on over-watch above your desk.

The COBI COH3 German Bunker (3043) is going to be prefect for displaying on the shelf or on your desk at work!

How many parts does the COBI COH3 German Fighting Position have?

The COBI COH3 German Bunker comes with one mini figure.

What scale is the COBI WWII German Bunker?

What are the dimensions of the COBI COH3 German Fighting Position?

The Set is TBD inches long

The set is TBD inches wide

The set is TBD inches tall