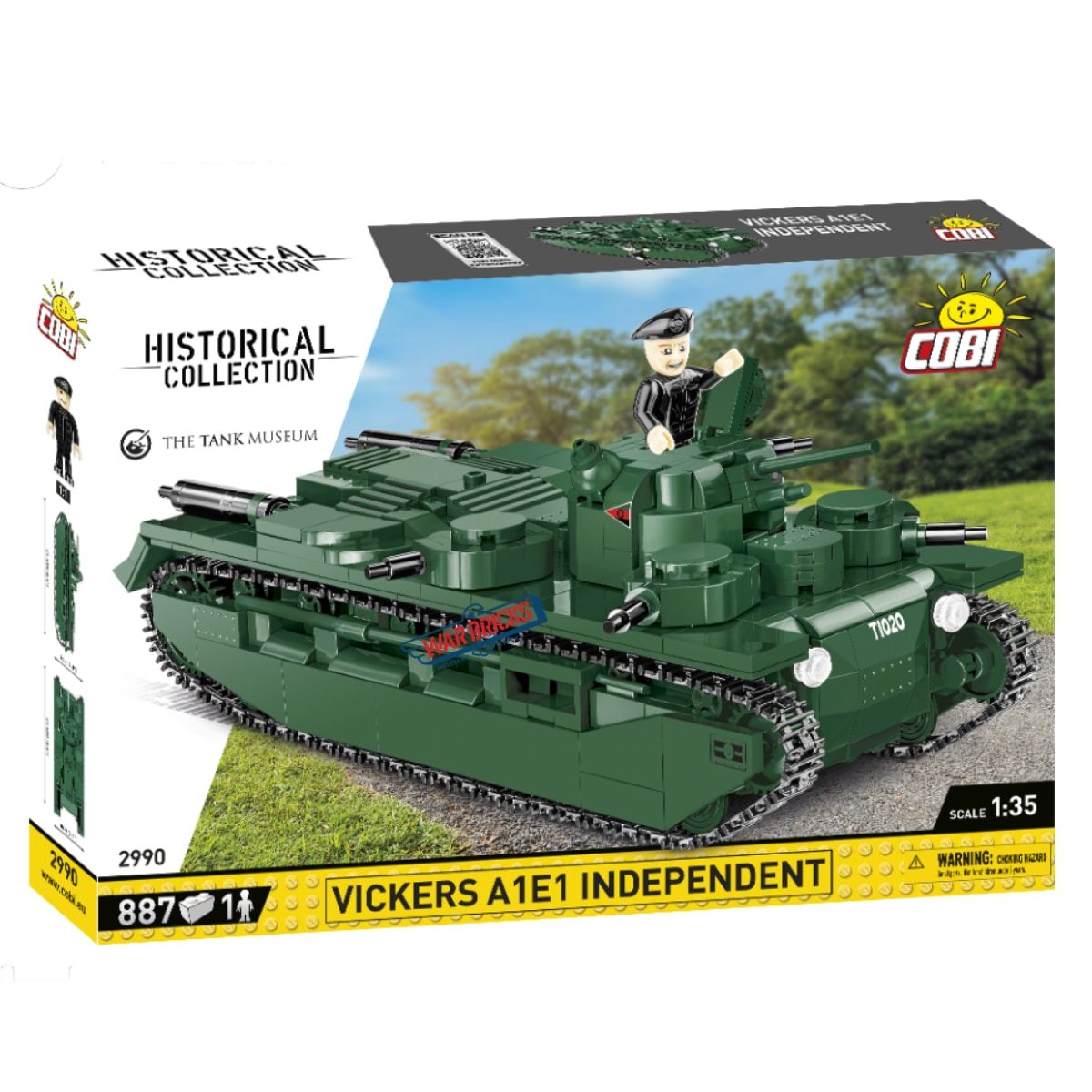 The COBI Vickers A1E1 Independent Tank Set (2990) comes with 886 high quality parts that fit tightly so that your COBI aircraft set will be awesome for both display or play. It also comes with 1 COBI mini figure. Shipping is free over $50

Speaking of parts, the COBI Vickers A1E1 Independent Tank Set (2990) comes with 886 high quality parts that fit tightly so that it will be awesome for both display or play. It also comes with 1 COBI mini figure.

All the COBI COBI Vickers Tank Set (2990) part’s are pad printed which means there are no messy decals and you just need to follow the detailed instructions (included) in order to assemble the parts correctly.

The COBI TOG II Heavy Tank Set (2544) makes a great conversation piece and it will also make a great giver for the military brick collector in your life.

The Independent A1E1 is a multi-turreted tank that was designed by the British armaments manufacturer Vickers between the First and Second World Wars. Although it only ever reached the prototype stage and only a single example was built, it influenced many other tank designs.

The A1E1 design can be seen as a possible influence on the Soviet T-100 and T-28 tanks, the German Neubaufahrzeug tanks, and the British Medium Mk III and Cruiser Mk I (triple turret) tank designs. The Soviet T-35 tank was heavily influenced by its design.