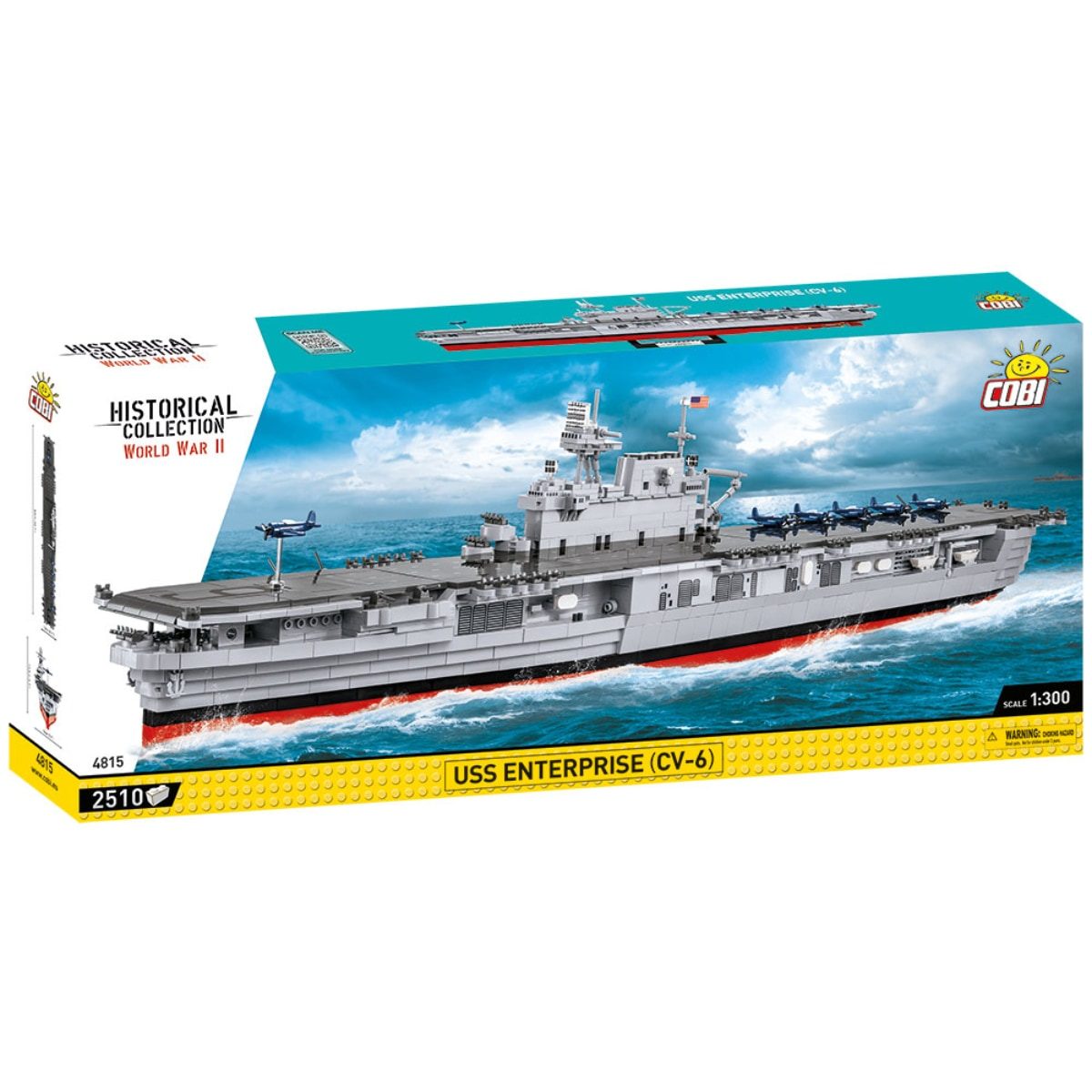 The COBI USS Enterprise Set features 2,510 (holy cow thats a lot) highly detailed brick parts and colorful, easy to read detailed instructions.  The COBI USS Enterprise Aircraft Carrier Set parts all work with LEGO and you will be impressed with the quality and detail of Cobi sets. Made in the EU and ships FREE and quickly from Billings, MT USA with tracking number.

The COBI USS Enterprise brick Set includes 6 mini aircraft and all the markings are pad printed so stickers are not necessary.

Both brick collectors and adults will get hours of enjoyment from this COBI USS Enterprise Set set.  Whether you are buying to display or play, Cobi Brick sets will not disappoint.

USS Enterprise (CV-6) was the seventh U.S. Navy vessel named Enterprise. Colloquially called “The Big E“, she was the sixth aircraft carrier of the United States Navy. A Yorktown-class carrier, she was launched in 1936 and was one of only three American carriers commissioned before World War II to survive the war (the others being Saratoga and Ranger). She participated in more major actions of the war against Japan than any other United States ship.

The USS Enterprise was also the aircraft carrier that launched the Doolittle raid on japan in April of 1942. Check out our Cobi B-25 Mitchell Bomber with Jimmy Doolittle figure here.