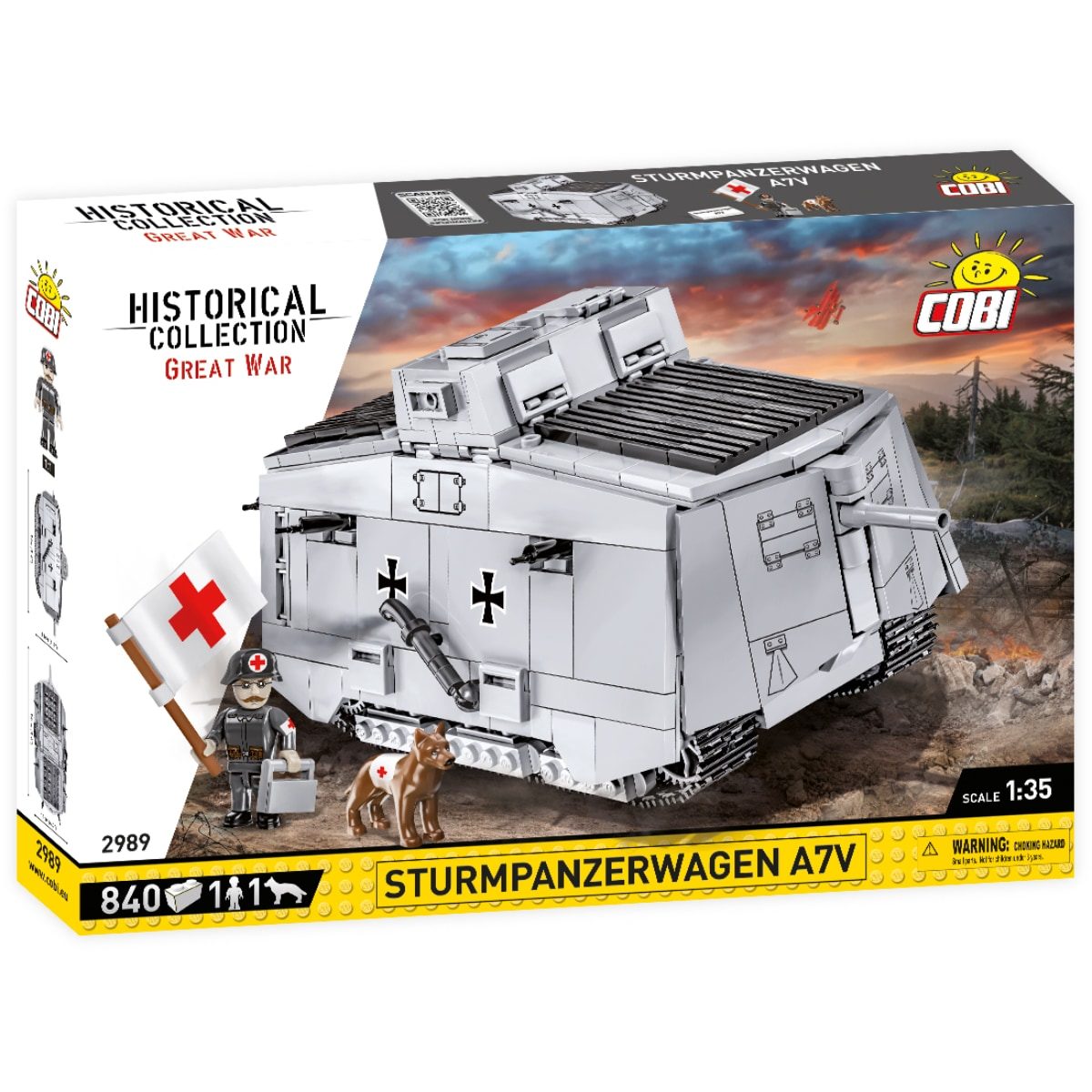 The COBI STURMPANZERWAGEN A7V (2989) set features 840  detailed brick parts and easy to read detailed instructions.  The COBI STURMPANZERWAGEN Tank parts all work perfectly with LEGO and you will be impressed with the quality of COBI sets.  COBI Sets differ in that they offer many more pieces and the majority of the parts are unique to COBI.  You can learn more about the similarities and differences between COBI and LEGO here.

The COBI A7V 2989 includes 1 figure and all the markings are pad printed so no stickers are needed.

Military brick collectors will be impressed with the detailed interior of this new COBI STURMPANZERWAGEN A7V Set (2989).

Whether you are buying to display or play, Cobi Brick sets will not disappoint.  Ships quickly from Billings, MT USA with tracking number.

The A7V was a heavy tank introduced by Germany in 1918 during World War I. One hundred chassis were ordered in early 1917, ten to be finished as fighting vehicles with armored bodies, and the remainder as Überlandwagen cargo carriers. The number to be armoured was later increased to 20. They were used in action from March to October 1918, and were the only tanks produced by Germany in World War I to be used in combat.

The A7V was armed with six 7.92 mm MG08 machine guns and a 5.7 cm Maxim-Nordenfelt cannon mounted at the front. Some of these cannons were of British manufacture and had been captured in Belgium early in the war; others were captured in Russia in 1918 and appear to have included some Russian-made copies.

Some A7Vs originally were built with two forward-facing machine guns instead of a 57 mm gun. Most were converted to carry a 57 mm before entering service. Number 501, Gretchen, took part in the action at St. Quentin before her 57 mm was fitted.

Learn more about the real tank that inspired the COBI STURMPANZERWAGEN A7V Set (2982) here at Wikipedia.