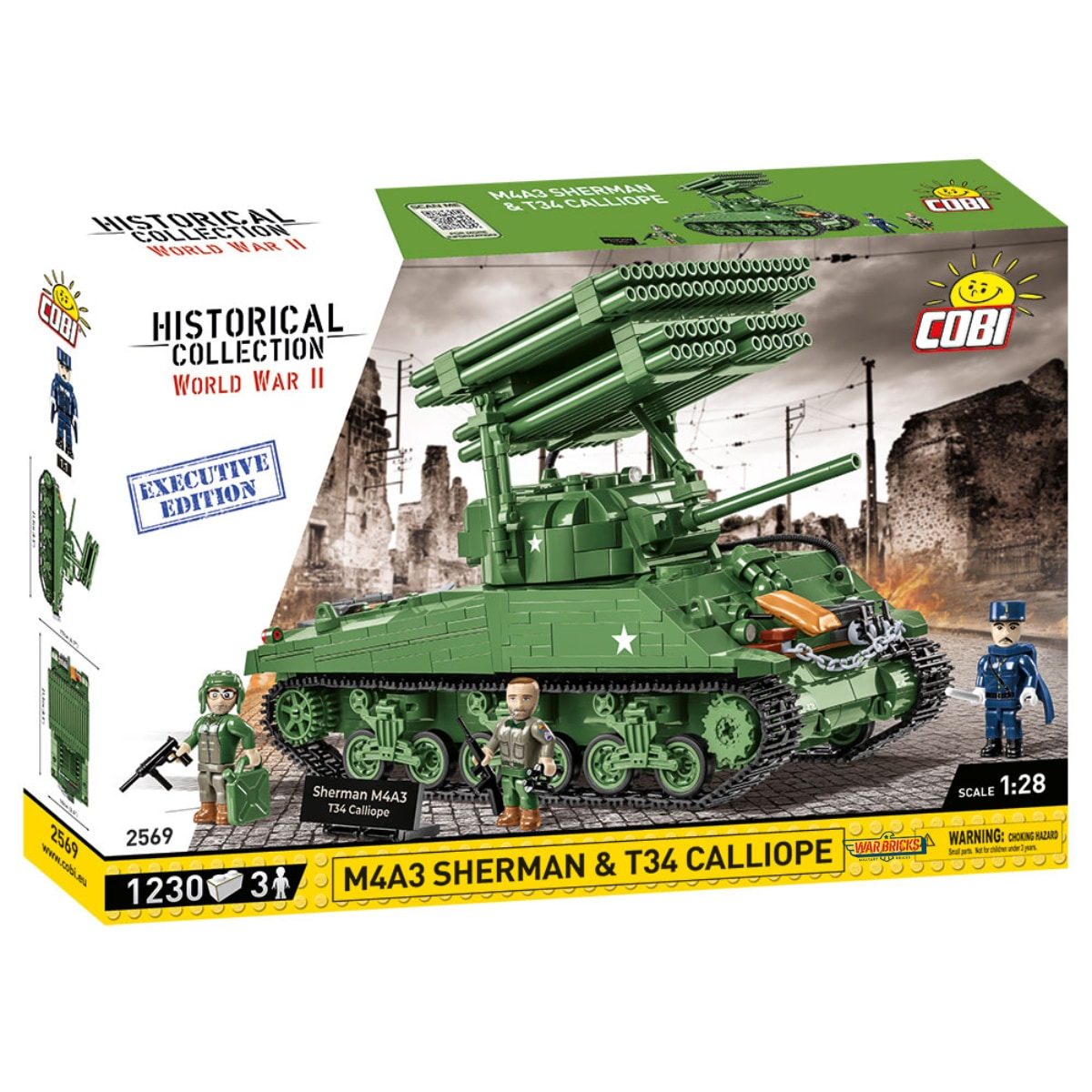 All the COBI Sherman M4A3 Sherman With T34 Calliope’s  parts are pad printed which means there are no messy decals and you just need to follow the detailed instructions (included) in order to assemble the parts correctly.

The COBI M4A3 is Available in Two Versions:

The COBI Sherman M4A3 set makes a great conversation piece and it will also make a great giver for the military brick collector in your life.

This is not a Lego M4A3 Sherman. It is made by COBI Bricks and is Lego compatible.

The Rocket Launcher T34 Calliope was a tank-mounted multiple rocket launcher used by the United States Army during World War II. The launcher was placed atop the M4 Sherman, with its prominent vertical side frames anchored to the turret’s sides, and fired a barrage of 4.5 or 114 mm in M8 rockets from 60 launch tubes. It was developed in 1943; small numbers were produced and were used by various US armor units in 1944–45. It adopts its name from the calliope, a musical instrument also known as the steam organ, which has similar parallel or clustered pipes.