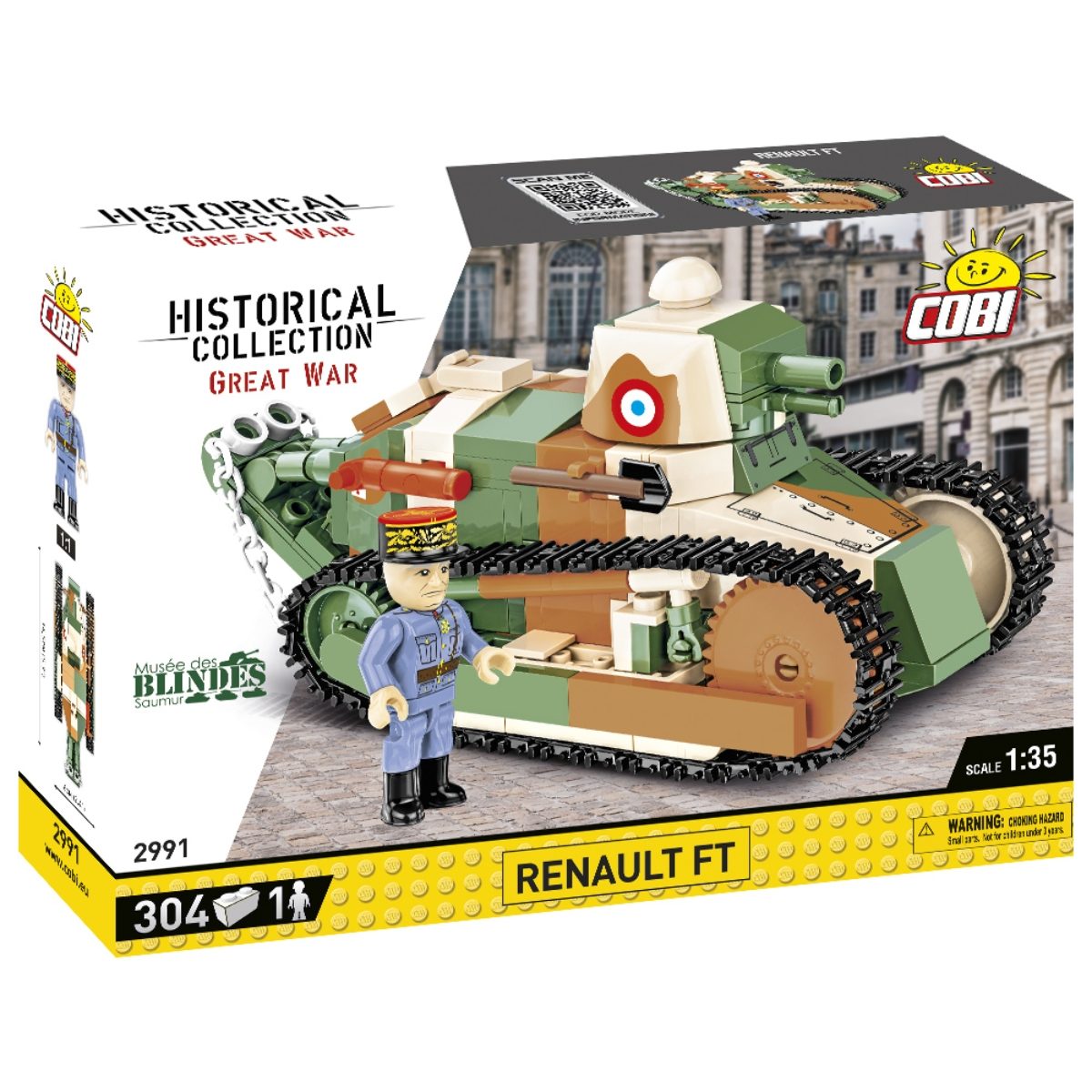 The COBI Renault FT Victory Tank (2992) features 304 highly detailed brick parts and colorful, easy to read detailed instructions.  The COBI Renault Set  parts all work perfectly with LEGO and you will be impressed with the quality of COBI sets.

The COBI Renault FT Tank (2991) features 304 highly detailed brick parts and colorful, easy to read detailed instructions.  The COBI Renault Set  parts all work perfectly with LEGO and you will be impressed with the quality of COBI sets.  COBI Sets differ in that they offer many more pieces and the majority of the parts are unique to COBI.  You can learn more about the similarities and differences between COBI and LEGO here.

The COBI Renault FT Tank (2991) includes 1 General Estienne figure and all the markings are pad printed so stickers are not necessary.

The Renault FT (frequently referred to in post-World War I literature as the FT-17, FT17, or similar) was a French light tank that was among the most revolutionary and influential tank designs in history.The FT was the first production tank to have its armament within a fully rotating turret. The Renault FT’s configuration (crew compartment at the front, engine compartment at the back, and main armament in a revolving turret) became and remains the standard tank layout. Consequently, some historians of armoured warfare have called the Renault FT the world’s first modern tank.

Over 3,000 Renault FT tanks were manufactured by French industry, most of them in 1918. During and after World War I, FT tanks were exported in large numbers. Copies and derivative designs were manufactured in the United States (M1917 light tank), in Italy(Fiat 3000) and in the Soviet Union (T-18 tank). The Renault FT saw combat during the interwar conflicts around the world, but was considered obsolete at the outbreak of World War II.

Learn more about the real tank that inspired the COBI Renault F1 Set (2971) here at Wikipedia.