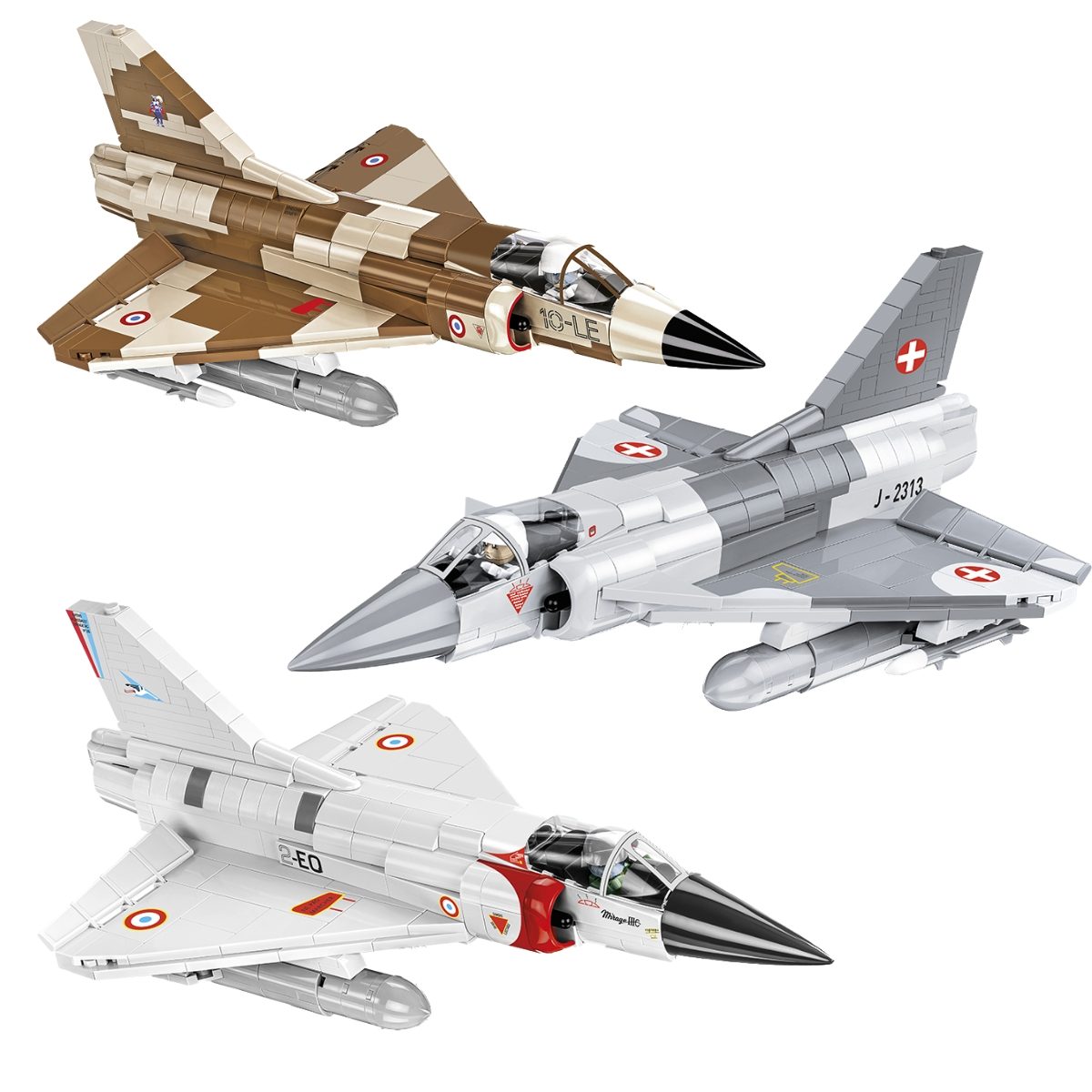 The COBI Mirage 2000 Jet Set features 390 highly detailed brick parts and colorful, easy to read detailed instructions.  The COBI Mirage 2000 Brick Set parts all work perfectly with LEGO and you will be impressed with LEGO quality of COBI sets.  FREE Shipping on orders over $50! Ships fast with tracking number from our Montana USA home business.

The COBI Mirage 2000 Set parts all work perfectly with LEGO and you will be impressed with LEGO quality of COBI sets.  COBI Sets differ in that they offer many more pieces and the majority of the parts are unique to COBI.  You can learn more about the similarities and differences between COBI and LEGO here.

The Mirage 2000 includes 1 figure and all the markings are pad printed so stickers are not necessary.

Both collectors and brick enthusiasts will get value and hours of enjoyment from this COBI Mirage 2000 Jet Set.  Whether you are buying to display or play, Cobi Brick sets will not disappoint.  Ships quickly from Billings, MT USA with tracking number.

The Dassault Mirage 2000 is a French multirole, single-engine fourth-generation jet fighter manufactured by Dassault Aviation. It was designed in the late 1970s as a lightweight fighter to replace the Mirage III for the French Air Force (Armée de l’Air). The Mirage 2000 evolved into a multirole aircraft with several variants developed, with sales to a number of nations. It was later developed into the Mirage 2000N and 2000D strike variants, the improved Mirage 2000-5 and several export variants. Over 600 aircraft were built and it has been in service with nine nations.

Learn more about the real aircraft that inspired the COBI Mirage 2000 Set here at Wikipedia.