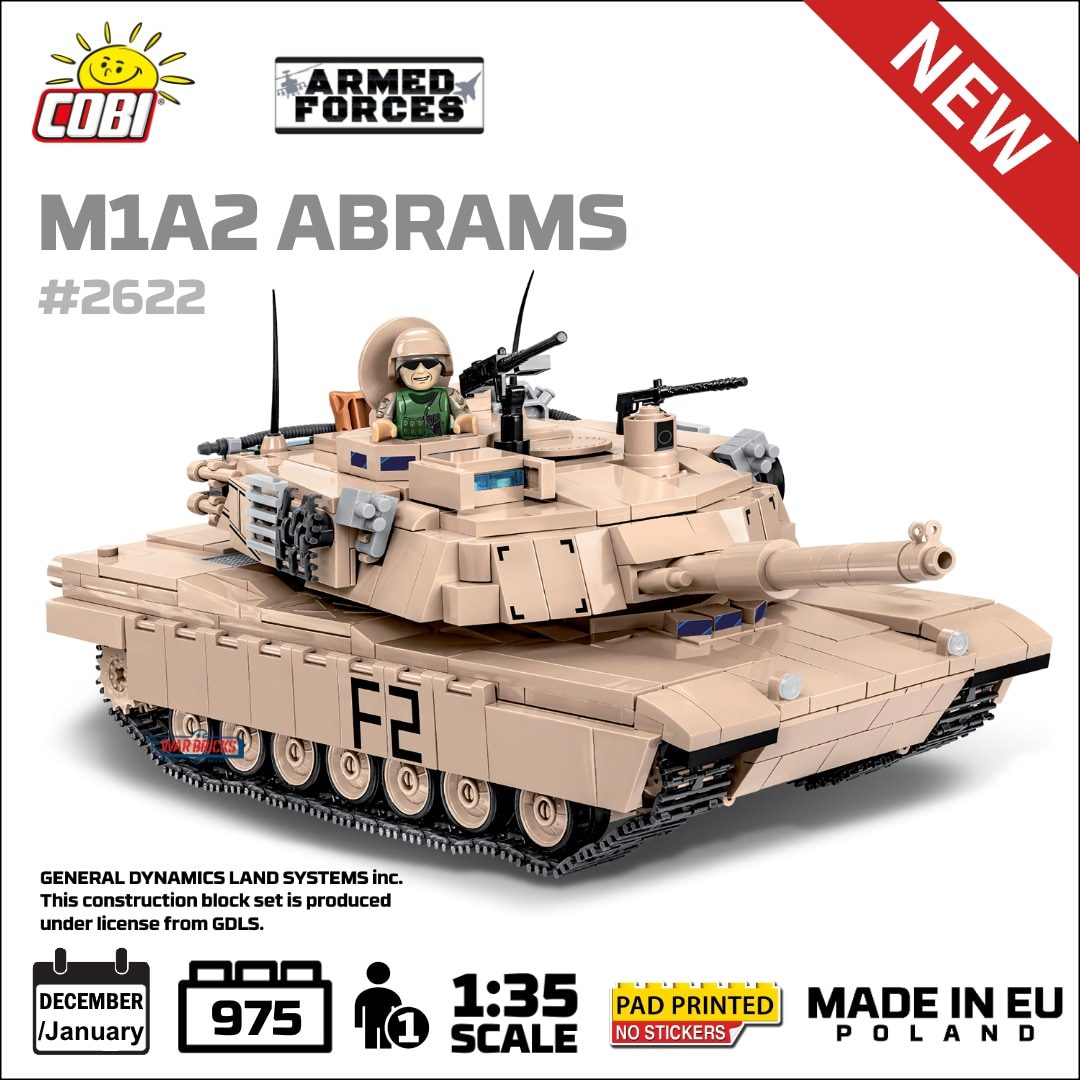 The Cobi M1A2 Abrams Tank Set features 810 highly detailed brick parts and colorful, easy to read detailed instructions.  Our Cobi Abrams Tank Set parts all work with the “other major brand” and you will be pleasantly surprised and the great quality and detail of this Cobi set.

The Cobi M1A2 Abrams Tank Sets features highly detailed, lego quality/compatible brick parts and detailed instructions.  Currently the COBI Abrams is available in three models with one of them (2619) being discontinued shortly.  The other two models are the USA Cobi Abrams M1A2 and the Polish Cobi M1A2 SEPv3 set. COBI bricks are made in Poland so frequently we see polish versions of sets.

We expect the new sets to arrive in December of January.

The Cobi M1A2 Abrams Tank Set includes 1 figure and all the markings are pad printed so stickers are not necessary.

Currently we have three versions of the COBI M1A2 Abrams in 1/35th scale:

The M1 Abrams entered service in 1980 and currently serves as the main battle tank of the United States Army and Marine Corps. The export version is used by the armies of Egypt, Kuwait, Saudi Arabia, Australia, and Iraq. The Abrams was first used in combat in the Persian Gulf War and has seen combat in both the War in Afghanistan and Iraq War under U.S. service, while Iraqi Abrams tanks have seen action in the war against ISIL and have seen use by Saudi Arabia during the Yemeni Civil War. https://en.wikipedia.org/wiki/M1_Abrams