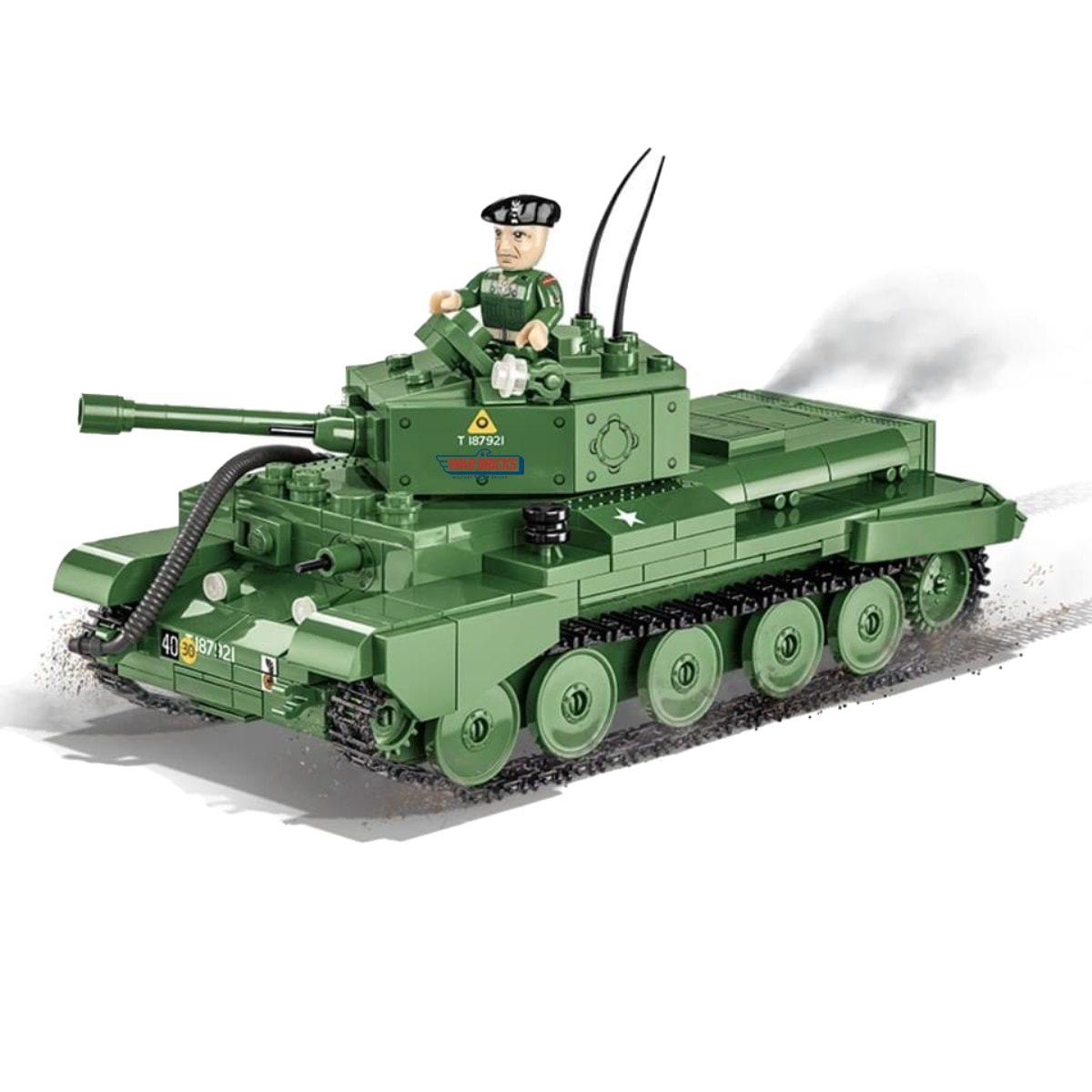 The COBI CROMWELL MK IV “Hela” (2269) tank set is new for December 2022 and is a 1/35th scale, Lego compatible, collector tank. All COBI bricks are made in Poland (European Union), using the same grade parts as Lego.

The new COBI Cromwell “Hela” tank will have 544 parts and one General Stanislaw Maczek mini figure. This set memorializes the command tank of the Polish 1st Armored Division (Black Devils) during WWII.

How big is the COBI Cromwell MK IV?

We are still waiting for the official dimensions but it should be around 6″ long or at least very similar to the COBI 1/35th scale Sherman Firefly set here.

COBI sets are a great way to teach history! If you are purchasing this set and are interested in the story behind the CROMWELL “Hela” tanks then keep reading and feel free to follow the links we have provided.

The Cromwell tank, officially Tank, Cruiser, Mk VIII, Cromwell (A27M), was one of the series of cruiser tanks fielded by Britain in the Second World War.  Named after the English Civil War-era military leader Oliver Cromwell, the Cromwell was the first tank put into service by the British to combine high speed from a powerful, reliable engine (the Rolls-Royce Meteor) and reasonable armor. The intended dual-purpose high velocity gun could not be fitted in the turret, so a medium velocity dual purpose gun was fitted instead. Further development of the Cromwell combined with a high velocity gun led to the Comet tank.

For general information on the British Cromwell tank we suggest checking out wikipedia here.

As mentioned above, the COBI Cromwell “Hela” tank memorializes the the command tank of the Polish 1st Armored Division (Black Devils) during WWII. The link goes to the official polish site and we highly recommend checking it out.

How Do COBI Parts Compare to Lego?

We have written a blog post describing the similarities and differences here. But basically, COBI sets while great for playing, are really designed for adult collectors and the parts fit a bit tighter than LEGO.

Warbricks is a small, homeschool, family run business. We operate out of our garage in Billings, MT. We offer great deals and free shipping on COBI sets in the USA. Recently, Warbricks became the sole provider of income after my husband lost his law enforcement job due to a medical issue.  So we have a lot at stake and we appreciate your business!