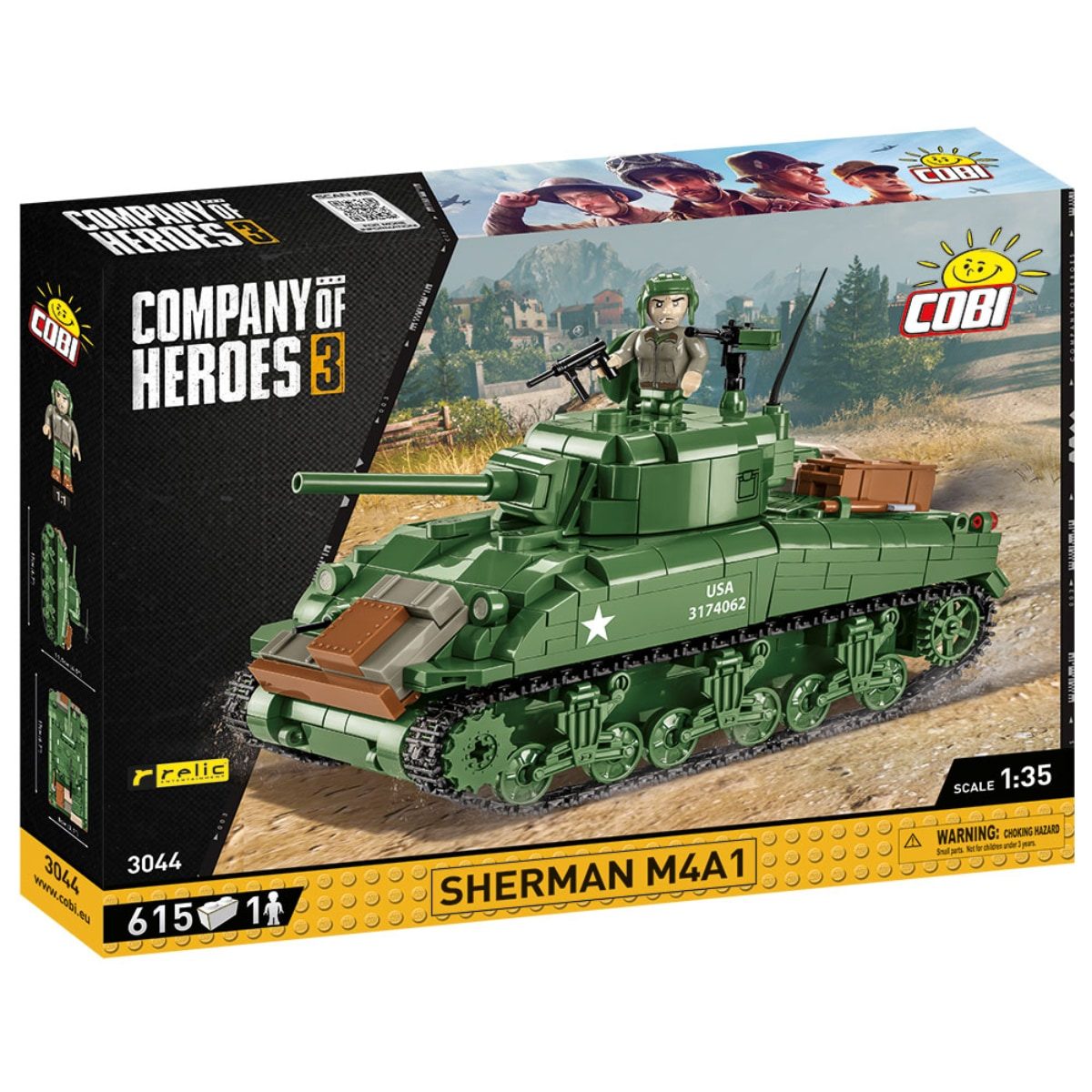 The COBI COH3 Sherman M4A1 (3044) is a high quality, made in Europe, brick set that is fully compatible with LEGO. The COBI COH3 M4A1 Sherman Set features a unique assortment of parts and easy to read detailed instructions in english. The COBI COH3 Sherman M4A1 (3044) is officially licensed by Relic Entertainment and is part of the COBI line of Company of Heroes 3 sets. COBI Company of heroes sets are prefect for displaying on the shelf or on your desk at work!

The COBI COH3 Sherman M4A1 (3044) is a high quality, made in Europe, brick set that is fully compatible with LEGO. The COBI COH3 M4A1  Sherman (3044) features a unique assortment of parts and easy to read detailed instructions in english.

The COBI COH3 Sherman M4A1 (3044) is going to be prefect for displaying on the shelf or on your desk at work!