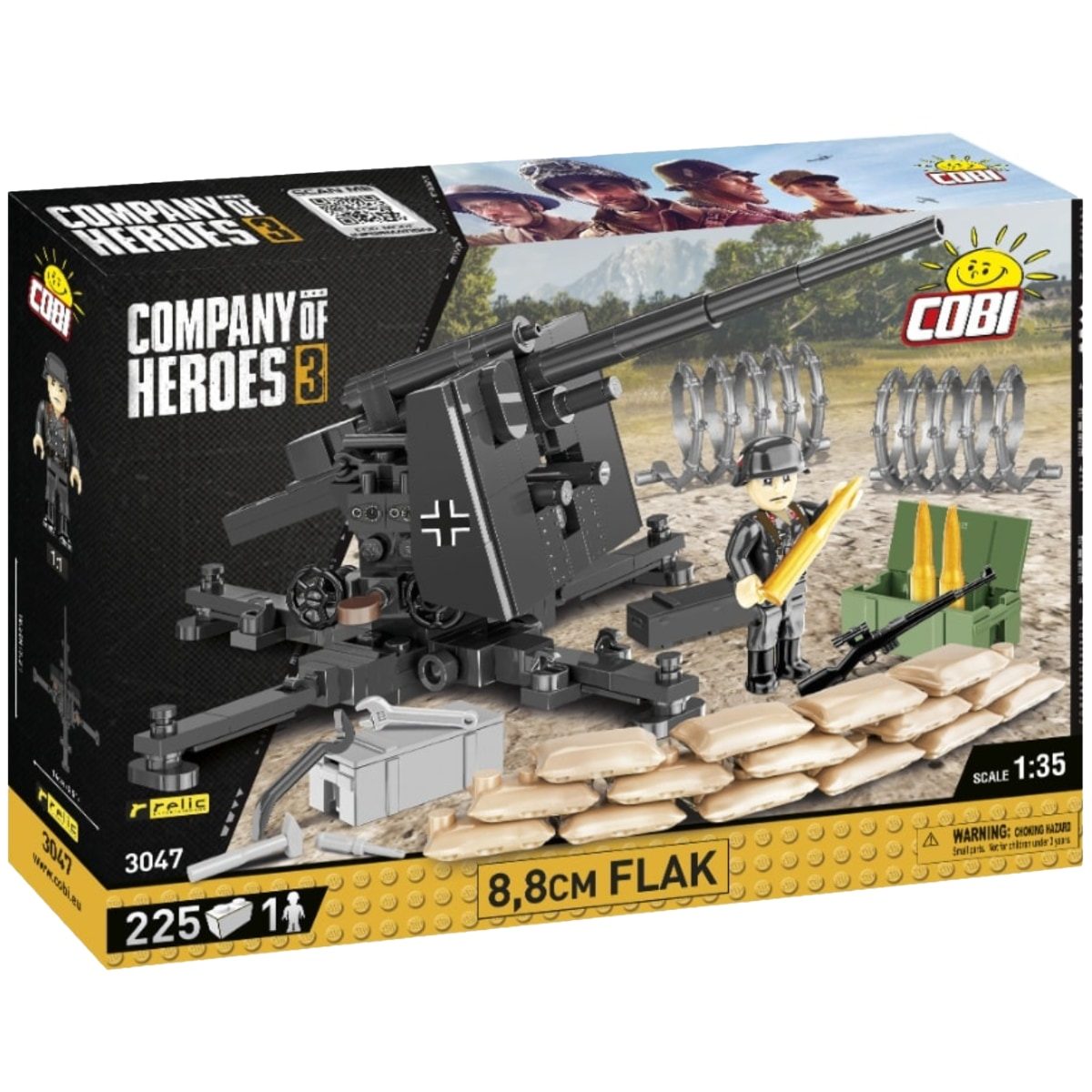 The COBI Company of Heroes 3 Flak 88 Set (3047) is a high quality, made in Europe, brick set that is fully compatible with LEGO. The COBI Flak 88cm features a unique assortment of parts and easy to read detailed instructions in english.

The COBI Company of Heroes 3 Flak 88 Set (3047) is a high quality, made in Europe, brick set that is fully compatible with LEGO. The COBI Flak 88cm features a unique assortment of parts and easy to read detailed instructions in english.

COBI Company of Heroes sets are prefect for displaying on the shelf or on your desk at work!

The COBI 3 Flak 8.8cm set’s parts are all pad printed so no messy decals are necessary. Just make sure you place the marked parts in the appropriate place per the detailed COBI instructions.

How many parts does the COBI Company of Heroes 3 Flak 88 Set have?

The COBI COH3 Flak Cannon comes with 1 mini figure and lots of accessories.

How wide is the COBI Company of Heroes 3 Flack 8.8cm?