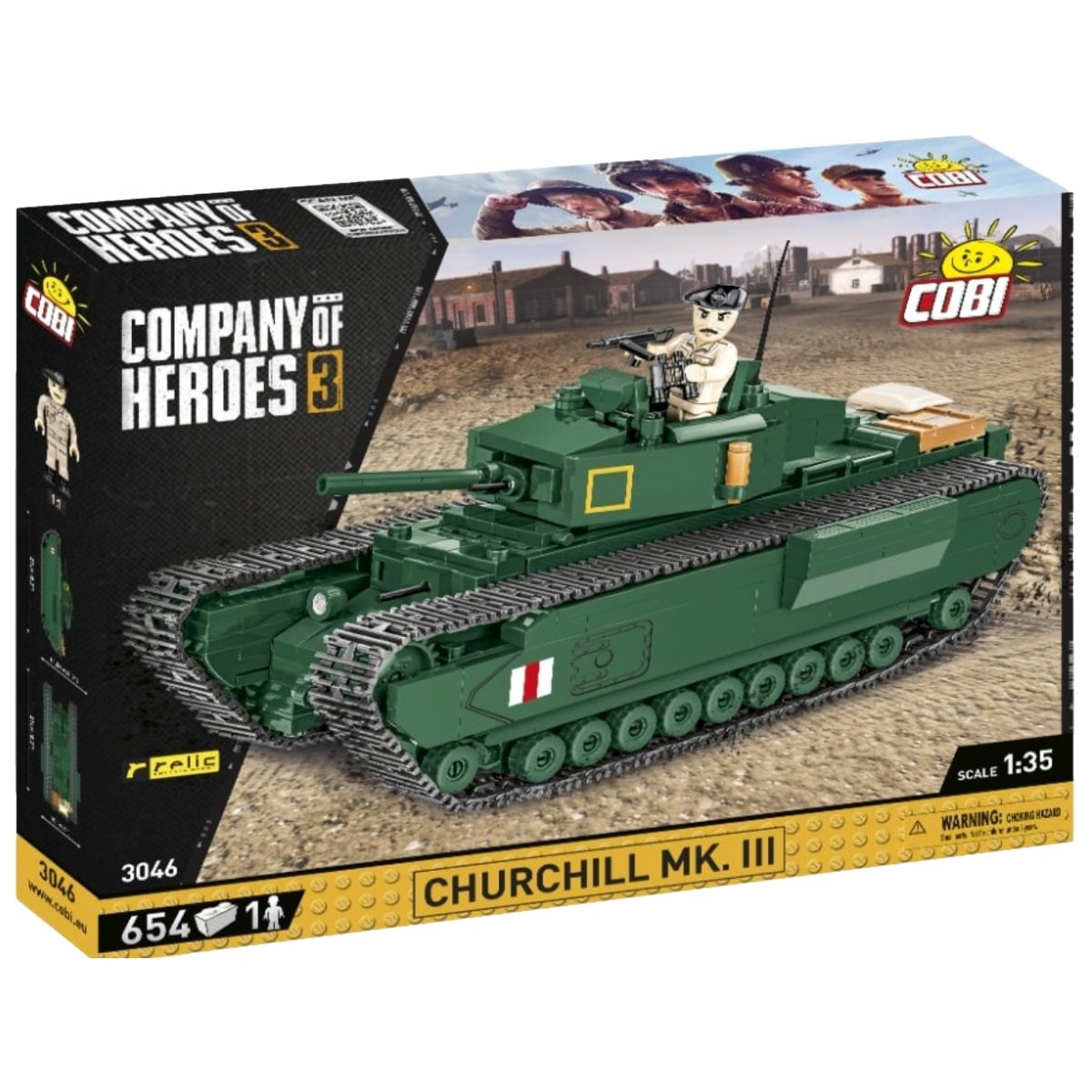 The COBI Churchill tank set is going to be prefect for displaying on the shelf or on your desk at work!

We expect the Company of Heroes 3 Cobi sets to ship in October or November.

How many parts does the COBI COH3 Churchill MK III Set (3046) have?

What are the dimensions of the COBI COH3 Churchill MK III Set (3046)?