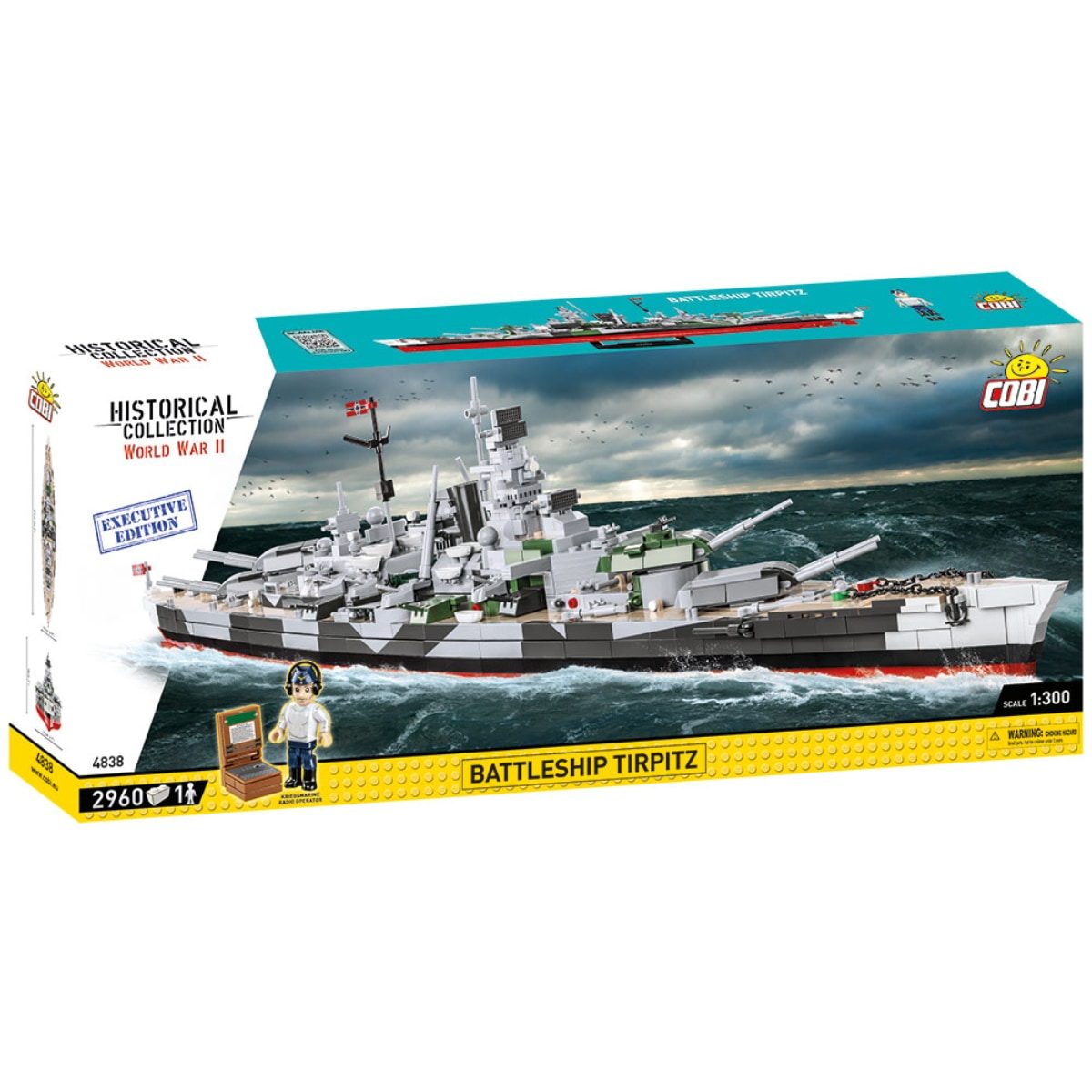 COBI Sets differ in that they offer many more pieces and the majority of the parts are unique to COBI.  You can learn more about the similarities and differences between COBI and LEGO here.

Military Brick collectors and  will get hours of enjoyment from this Cobi BATTLESHIP TIRPITZ .  Whether you are buying to display or play, Cobi Brick sets will not disappoint.  Ships quickly from Billings, MT USA with tracking number.

Tirpitz was the second of two Bismarck-class battleships built for Nazi Germany’s Kriegsmarine (navy) prior to and during the Second World War. Named after Grand Admiral Alfred von Tirpitz, the architect of the Kaiserliche Marine (Imperial Navy), the ship was laid down at the Kriegsmarinewerft Wilhelmshaven in November 1936 and her hull was launched two and a half years later. Work was completed in February 1941, when she was commissioned into the German fleet. Like her sister ship, Bismarck, Tirpitzwas armed with a main battery of eight 38-centimetre (15 in) guns in four twin turrets. After a series of wartime modifications she was 2000 tonnes heavier than Bismarck, making her the heaviest battleship ever built by a European navy.

In September 1943, Tirpitz, along with the battleship Scharnhorst, bombarded Allied positions on Spitzbergen, the only time the ship used her main battery in an offensive role. Shortly thereafter, the ship was damaged in an attack by British mini-submarines and subsequently subjected to a series of large-scale air raids. On 12 November 1944, British Lancaster bombers equipped with 12,000-pound (5,400 kg) “Tallboy” bombs scored two direct hits and a near miss which caused the ship to capsize rapidly. A deck fire spread to the ammunition magazine for one of the main battery turrets, which caused a large explosion. Figures for the number of men killed in the attack range from 950 to 1,204. Between 1948 and 1957, the wreck was broken up by a joint Norwegian and German salvage operation.

Read more about the real ship that inspired the COBI Battleship Tirpitz here at wikipedia.